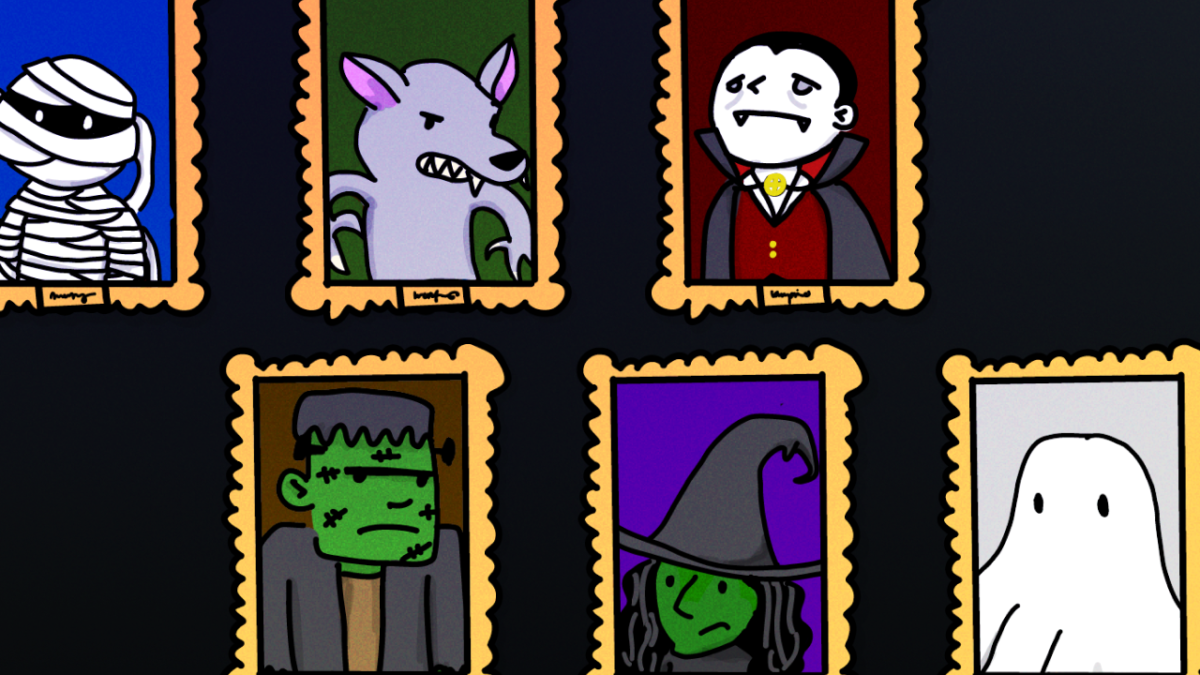 Have you ever heard a ping from Slack, but nothing was there when you opened up the app?

Do you ever wake up in the middle of the night, heart pounding, haunted by visions of an asset delivered months ago?

Feedback doesn’t need to be scary. But some feedback loops can haunt you long after they have been put to rest.

This Halloween, we’re opening up the MarkUp.io vault and sharing some truly terrifying tales that will make you shudder with fear.

The hauntingly-familiar story of the feedback that never appeared.

John had been warned about taking on Mister E as a client. He’d heard whispers throughout the village that Mister E was impossible to collaborate with. But John had arrogantly laughed at his fellow freelancers’ warnings. He’d even ignored their suggestions that he use a tool like MarkUp.io to ensure Mister E knew exactly where to go to leave feedback.

Now, the deadline was in less than a week, and John’s pleas for feedback had gone unanswered. There was only one thing left to do. John raced downtown to Mister E’s office, laptop in hand. He would find Mister E himself and make him give him feedback. Ten minutes later, John stood in front of an empty building.

“You won’t find anyone in there, son,” croaked a voice behind John. A voice that sounded hauntingly familiar. “That building’s been empty for thirty years.”

“B-b-but it can’t be,” John stammered, too terrified to turn around. “I met Mister E here two weeks ago. He gave me an assignment!”

“And now you’re waiting for feedback,” the familiar voice chuckled. “Feedback that will NEVER ARRIVE.”

A flash of lightning lit up the night sky as John spun around to confront the voice. Laughing maniacally, Mister E slowly vanished before John’s terrified eyes. John sank to his knees in despair. All the effort he had put into this project had been wasted. If only he had used MarkUp.io to request feedback!

The legend of the feedback loop resurrected from the dead to cause mayhem again!

A few days before an important client presentation, Evie is called into a meeting with a new project manager – someone she’s never seen before. The man wears a cloak and speaks only in whispers. He tells her the sands of time are already working against her and the presentation she made a week ago. Which was approved. Now needed SUBSTANTIAL edits.

Just like that, the feedback loop she thought was laid to rest had been resurrected.

Evie races back to her desk and puts her head in her hands. It had taken such a long time to stay on top of feedback from multiple people and channels. How on earth would she juggle tracking down feedback on top of implementing feedback? Her coworker Rick then slides over an incantation.

With the MarkUp.io Pro plan, she uploads the revised PowerPoint and shares it with the new project manager using only the share link. She responds to edits from stakeholders as they come in, then disables the share link once the revision round ends so no more feedback can be received. She hears a roar, and a cyclone of sand blasts through the office. The project has been banished to the Land of the Dead once more.

Conquering the Werewolf of Project Management

The legend of the project that starts small before transforming into an unmanageable beast.

Come to think of it, Alicia, the dog in the logo should be gray and walk on his hind legs. Can you update what you have and share the newest version with me?

Alicia, an illustrator, considered the email from Mr. Johnson, her newest client. On the one hand, she had already sketched out the dog they had agreed upon and didn’t really want to redo it. On the other hand, she did want to build a good relationship. Love it or hate it, making edits to the original design was part of that process. Ignoring the sinking feeling in her gut, Alicia agreed.

Soon, the project began to transform into something unrecognizable. More emails arrived with “just one more thing.” A Slack message mentioned an enormous jaw and sharper fangs. A late-night text message jolted Alicia awake with a request for red, bloodthirsty eyes. The asks never seemed to end. Meanwhile, the unchanged deadline – the night of the full moon – crept closer and closer.

Finally, like a silver bullet stunning a werewolf, Alicia found the solution to her obstacles – MarkUp.io. She created an Image MarkUp of the latest version of the logo within an hour.  After sharing it with Mr. Johnson and his team, she followed up with an email informing them of the new work process. Going forward, any additional requests had to be added as a comment to the Image MarkUp. She would be happy to respond to each request with a quote.

With that, the howling project shrank back into a reasonable request. MarkUp.io had tamed the beast!

The Wicked Witch of Feedback

A cautionary tale of the feedback loop that aims to confuse and trick you.

In-house designer Dorothy emails another version of a PDF brochure she’s working on for the Wicked Witch of the West. Cursing her initial design – claiming it was “too busy” – the Witch had demanded that Dorothy “remove THAT picture.” New to the team and eager to make a good impression, Dorothy does her best with this confusing feedback and removes THAT picture.

“Why would you make the brochure so boring?” the Witch complains. “You took out the wrong picture! You better make this right, or I’ll get you, my pretty, and your little dog too!”

I only did what she asked! Dorothy thinks, her eyes filling with tears. I’ve got a feeling I’m not in Kansas anymore. Suddenly, a chat window from someone named Glinda pops up on her laptop.

“Don’t be afraid, child, for there is a way to vanquish the Wicked Old Witch’s vague, confusing feedback. Just close your eyes, tap your heels together three times, and say, ‘There’s no tool like MarkUp.io.’”

Following Glinda’s instructions, Dorothy opens her eyes to see MarkUp.io. She uploads the presentation, creates a PDF MarkUp, and shares it with the Witch for her feedback. Suddenly, Dorothy’s phone rings again.

“I’m melting!” the Wicked Witch screams on the other end. “Oh, what a world! Who would have thought some little designer like you could destroy my wickedly confusing feedback!”

The all-too-familiar tale of the chaos that happens when you get feedback from too many different channels.

One dark and stormy night, art director Marta and her lead creative, Igor, work tirelessly to update sales collateral with the new corporate brand. Thunder booms outside the castle walls as Marta struggles to organize all the comments she’s gotten on each asset separately (and from different channels). Suddenly, the room lights up with a flash of lightning.

Notifications begin to clutter Marta’s screen. Someone hits ‘reply all’ to an email chain and begins sending their comments one at a time. She’s added to numerous conversations on Slack to ‘keep her in the loop,’ but most aren’t even relevant to her. Someone sends their feedback in a PowerPoint that no one else can open or read. Stakeholders bypass Marta and badger Igor with changes.

Then, Marta finds MarkUp.io. She organizes her account’s Workspace with Folders for each phase of the review process, along with sub-folders that separate each deliverable by asset type. Marta presents the solution to the stakeholders, who like that they don’t need to create an account or download any software to use it. The platform is so easy to use that the chaos gradually dies down. Finally, Marta and Igor have one place for feedback and more space to do the job effectively.

The seemingly immortal feedback loop that will drain you … unless you can stop it!

Feedback slayer Buffy is editing a video for a critical client campaign. The deadline is one week, but she is no closer to “done” than when she submitted her first draft months ago.

The only feedback she’s received has been comments like:

Five revision rounds later, Buffy can feel her energy getting dangerously low. She knows she will be unable to keep up the fight much longer.

Wait a second. I’m the thing monsters have nightmares about, Buffy reminds herself. She quickly finds a new ritual to deal with these time vampires and creates a MarkUp.io account.

Throughout the night, the stakeholders continue to leave vague feedback on the Video MarkUp. Still, Buffy directly responds to each comment in real time, asking for clarification. As the sun rises, the unending feedback loop finally bursts into dust, returning to HELL where it belongs.

Get treats instead of tricks this Halloween

You’ve got some work ahead if you are held hostage by a scary feedback loop. The good news is that these loops can be conquered with some planning and help from tools like MarkUp.io.