How MarkUp.io Became the #1 Product of the Day on Product Hunt 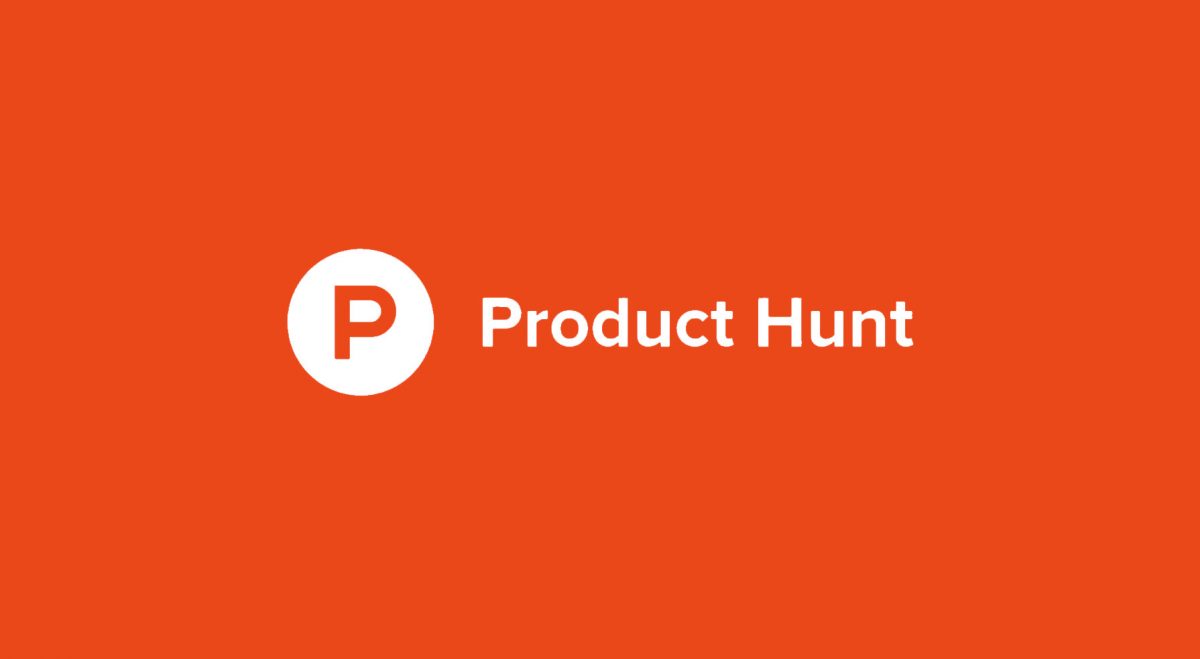 Product Hunt is the most popular site in the world for launching new products. Notable companies like Slack, Figma, and Prisma have all launched there, and established enterprises like Google and Adobe release new products on Product Hunt each year. Product Hunt (PH) has long been considered the gold standard for startups — if you can build momentum there, the user growth, product feedback, and global attention you bring to your startup can take you incredibly far.

After launching MarkUp.io’s beta in October 2019, PH was at the top of our to-do list, but we wanted to see some growth within our product before launching fully. It’s important to have a strong user base behind you at the time of launch, so we set 3,000 signups as our benchmark in order to begin the Product Hunt process.

We were on track to hit that number by February and decided to schedule our PH launch for the second week in March.

Despite never having launched on Product Hunt before, we built a game plan that we felt, if executed properly, could land us as the top “Product of the Day” or get us close to it.

Twenty-four hours later, we had over 2,300 upvotes, 1,200 signups, and the honor of the #1 Product of the Day. Seeing our plan come together in real-time was as stressful as it was rewarding. Product Hunt launches are full of volatility. You experience high highs, low lows, and everything in between. Looking back on that day, there were so many events that took place that led us to the top spot. Now we’re ready to share our story. Let’s begin.

Before we go into the day itself, what is MarkUp.io?

MarkUp.io is a visual commenting platform for digital content. While there are many platforms for design prototyping, including InVision and Zeplin, none provide a platform for collaboration on staging or live sites. A common workflow might see a designer creating a web design in InVision and having their development team create a build based on it. Once the build is finished, designers and developers typically revert to taking screenshots of the design and comparing it to InVision for feedback. Add in email threads, comment-filled Google Docs, and phone calls, and the QA process gets messy.

With MarkUp.io, users simply add their site URL and MarkUp.io renders it into a canvas ready for feedback. Users can seamlessly invite colleagues and clients to collaborate and comment in real-time, all in one place.

On PH, it is vital to have someone “hunt” your product. In October, when looking at specific Hunters, we knew we wanted someone with experience hunting SaaS products, who would take an interest in MarkUp.io. So, we decided to focus our outreach on one of the top Hunters in the world, Chris Messina, and we ended up connecting with him. We filled Chris in on MarkUp.io and our strategy, and in return, he gave us very insightful tips on having a successful launch.

Over the next couple of months, as we focused on acquiring users and collecting their feedback, MarkUp.io started to take flight. Our development team — Arron, Son, Shannon, Aly, Noel, and Derek — continuously made changes to product that helped with our growth. Through our Creative Director Jack’s vision, and our Product Lead Greg’s focus, we pushed through update after update, listening to user feedback and building that relentlessly into the product.

By late February, we hit 3,000 signups and 1,800 MAUs (monthly active users), including design teams from enterprises as large as the UN and Engie.

It’s been remarkable to see the size of customers using MarkUp.io at such an early stage, and it’s important to note two things:

*Now back to the story*

We informed Chris Messina that we’d like to launch on Monday, March 9 at 12:01am PST. You get a full 24 hours on your launch day and it runs on Pacific time, so we had to make the most of it. Being based in NYC, we knew this meant we had to be up for our launch at 3:01am EST on launch day and sustain it for the full 24 hours. It’s a bit nuts, but you only get one shot at this.

For two weeks leading up to launch, we informed our over 3,000 MarkUp.io users that Monday, March 9th would be our Product Hunt day and that any support from them would mean the world. Likewise, we asked for the support from the amazing Ceros organization and its employees, without whose consistent feedback and pushing we’re not sure where MarkUp.io would be today.

On Product Hunt, you can’t explicitly ask for votes, only support. If people like your product or they’re avid users, they’ll give you an upvote. You can only plan for how many people you can ask to support you, but you never know who is going to show up, what other products you’re going to face that day, or how the rest of the world will respond to what you’ve built. Launching on Product Hunt is filled with as much preparation as it is uncertainty.

On Sunday, March 8th, we received an email from Chris Messina around 6:00pm EST, saying that he submitted our product to go live to the world in just a few hours. After dinner, I lay down in bed, set my alarm for 2:15am EST and managed to pass out around 11:00pm EST.

When the alarm went off, I stumbled down to the Ceros office space in Flatiron, Manhattan and pulled up my laptop in the main conference room. Phase One of the plan worked, and at 3:01am, MarkUp.io was live to the world.

At this point, we entered into Phase Two. We reached out to our EMEA (Europe, Middle East, and Africa) and APAC (Asia Pacific) users who were just starting and ending their days, respectively, to let them know we were live on Product Hunt. About 50% of MarkUp.io users come from these regions, with notable users from the UK, Germany, Australia, India, and Japan. We knew early support could help us get trending, and we had cadences in place to let them know we launched.

Unfortunately, after the first hour, we didn’t start trending. We had some early votes, but didn’t see as much traffic as we planned. We hoped we’d get their support on the backside of this 24 hours (we were only one hour in and had 23 to go).

Around 5am EST, MarkUp.io started trending. We climbed to the #5 Product of the Day spot.

Then, an hour later, as Europe progressed throughout their day, the East Coast was waking up. It was time for Phase Three.

Over the next two hours, we saw heavy traffic. By 9am EST, MarkUp.io moved into the #3 Product of the Day with a few hundred upvotes and dozens of comments from Product Hunters.

We spent the entire morning responding to comments, intercom messages, emails, as well as tweeting updates and sharing our Product Hunt page across LinkedIn and Facebook groups.

Around 11am EST, MarkUp.io was entrenched as the #2 Product of the Day, a position we would hold for the next 15 hours…

When you go on Product Hunt, you never know who you’re going to compete with. Products and founding teams from all over the world are going for the top spot and the most eyeballs. On Monday, March 9, we came up against an impressive Slack translator app and a team that had launched several successful products in the past on Product Hunt. They flew to the top of the leaderboard and stayed there for essentially the whole 24 hours.

No matter how many people upvoted and commented on MarkUp.io, no matter how many signups we drove, we couldn’t get past this company. We continued to lag behind #1 by as many as 270 upvotes.

By 7pm EST, 16 hours into this launch, our team was exhausted.

By 9pm EST, our team was cooped up in the back corner of our office connecting with users, responding to comments, and sharing our Product Hunt page everywhere and to everyone.

We continued to lag behind. We needed a push but didn’t know where it would come from.

But then, by about 11pm EST, with just four hours to go (remember, it goes to 3:00am PST), we finally noticed a shift…

MarkUp.io’s votes were going up and we were closing in on the top spot.

Where was this coming from?

People across the US were winding down their days, checking their social media and emails. We were receiving texts from people we hadn’t spoken to in years. It was unlike anything we’d ever seen.

“Saw the new product on LinkedIn, looks amazing! I shared it with my colleagues. Nice work!”

Then, another wave. We started receiving emails from users across Japan, India, and Australia.

“We missed the announcement yesterday! I shared this with my team. They absolutely love it.”

With just a few hours left on the clock, we had MarkUp.io users in Australia, large companies in India, and small agencies in Japan all emailing us with their support.

We were going nuts!! You couldn’t make this up. It was remarkable.

One of the things we enjoyed most about Product Hunt (and have enjoyed the most about growing MarkUp.io) is that you get to connect with a global audience through technology. People who are complete strangers one day and your biggest supporters the next. We’re very lucky to be in the position we are in and to have met so many amazing people and companies over the last five months.

At 2:00am, with less than one hour left, we were ready to go to bed and accept our position as the #2 Product of the Day. Something to still be happy about. However, through this crazy wave of last-minute support, we ended up eclipsing the top product in upvotes. We traded the #1 and #2 spots with them repeatedly over the final hour. Then, something weird happened.

We were positioned in the top spot going into the final minutes and just as the clock struck midnight PST (3am EST), we actually jumped back to second.

There was no verdict. It was two great products competing for the top spot and it was a photo finish. By all accounts, it looked like we had finished just behind the Slack app and in second place.

And then we passed out.

Having barely slept, we woke up at 9am on Tuesday to loads of emails from the MarkUp.io community and Slack messages from people at Ceros… “You guys did it!”

I scrambled to my computer and saw our Product Hunt site.

That moment was the culmination of the work of our entire development team (Arron, Son, Shannon, Aly, Noel, and Derek), our product team (Jack and Greg), the entire Ceros family, and all of our MarkUp.io users.

We wanted to launch on Monday because we know if we were successful, we’d be able to compound that success all week. Finishing in the Top 5 on Product Hunt will get you featured in their newsletter the following day. Additionally, you’ll consistently be visible on their site all week, typically with the first 3 days producing the most traffic.

With that said, here’s how things broke down by the numbers:

We’re extremely excited about where MarkUp.io is going and for the fundamental problem that we’re solving. The reception we received on Product Hunt reinforced that vision and we cannot thank our existing users, the entire Product Hunt community, and the wonderful company of Ceros for backing us. You can sign up here.

In the wake of COVID-19, as more teams increasingly go remote, MarkUp.io is an excellent resource for team collaboration on digital content, whatever the project may be — a new website, memo, landing page, or sales collateral. We’d love to support you in any way we can during this time.