Annotate Images Any Time You Want With New MarkUp.io Feature 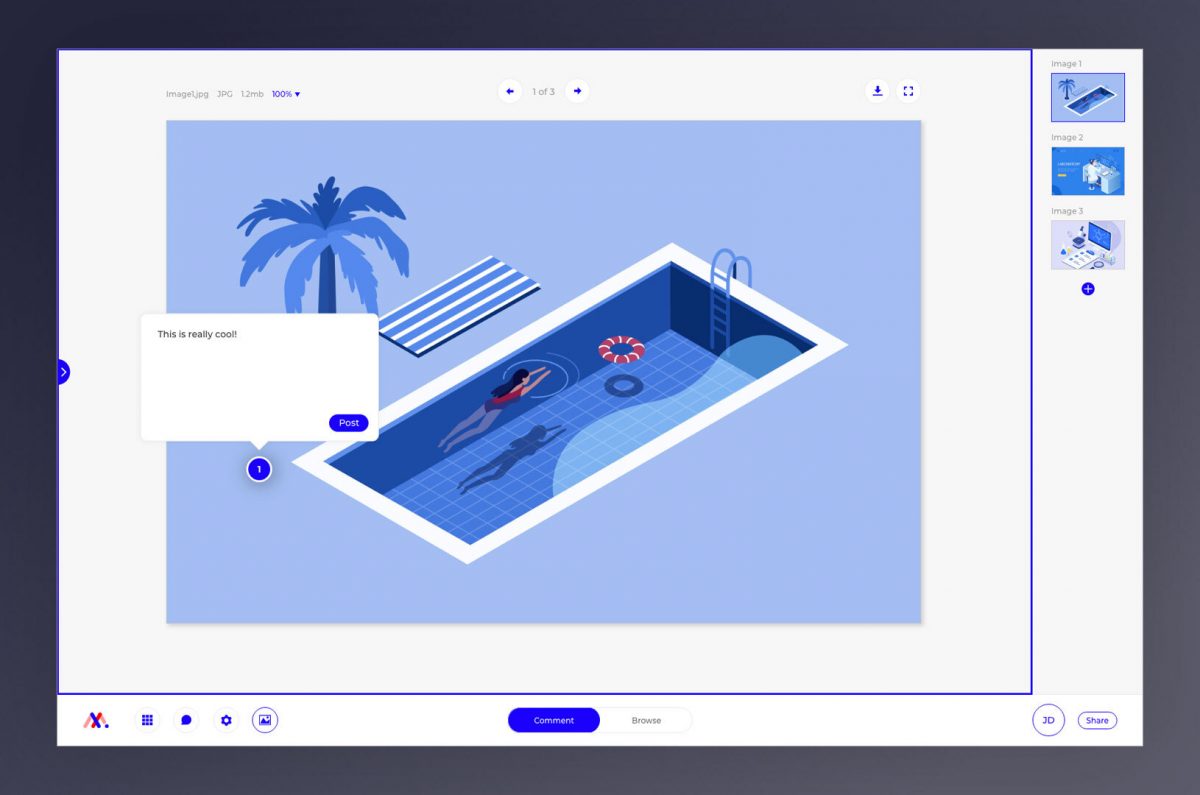 While the core MarkUp.io product focus is collaborating on live and staging websites, we also know how important it is to encapsulate more of the creative process. Providing MarkUp.io users with the ability to annotate images has been essential to achieving that goal.

With that being said, we’re happy to announce that, as of today, MarkUp.io allows you to create projects with images (called “Image MarkUps”), whether you’re working on wireframes, mockups, logos, designs, or anything else.

How do I annotate images on MarkUp.io?

We’ve consistently believed in providing a product that is dead simple, clean, and frictionless. We’re bringing that same mindset to annotating static images.

Here’s how it works:

You also have the ability to add more images to an Image MarkUp after creating it on Workspace. Additionally, the option to make an Image MarkUp full-screen ensures you won’t miss anything during the review process.

The majority of our users use MarkUp.io for free (and we’ll always have a Free plan available)! We also offer two paid plans on top of our free tier to better meet the needs of teams and large enterprises.

If you use MarkUp.io for personal or professional use, the Free plan offers a generous allowance and plenty of value.

If you want access to organizational features like folders, then the Pro or Enterprise plans might fit your needs better. For custom pricing inquiries, feel free to reach out to us here.

Why are we releasing images now?

In a perfect world, we would have launched MarkUp.io with the ability to annotate images in our beta back in October of 2019.

However, as many of you know, launching a product to the world is both an art and a science. You have to make tough calls on which features to include in your MVP and which features can wait. We made the difficult decision to release MarkUp.io without the capability to annotate images. This way, we could get our product out and gain critical customer feedback from our users as early as possible.

Waiting to launch MarkUp.io with images would have meant wasting several months of customer validation, testing, and feedback from over 10,000 users on MarkUp.io today. The ability to annotate static images has been one of the most requested platform enhancements over the previous seven months. We’re excited to finally be able to deliver that feature today.

Stay up-to-date on the latest MarkUp.io news by joining our MarkUp.io Community Slack Workspace. Here, you can tell us about additional features you’d like to see added to MarkUp.io and more!

Now please go annotate an image on MarkUp.io and let us know what you think!

Editor’s note: The content of this article was updated on 6/24/2022 to incorporate updated MarkUp.io pricing plans.