Latest highlights: updates you’ll see the next time you log into MarkUp.io 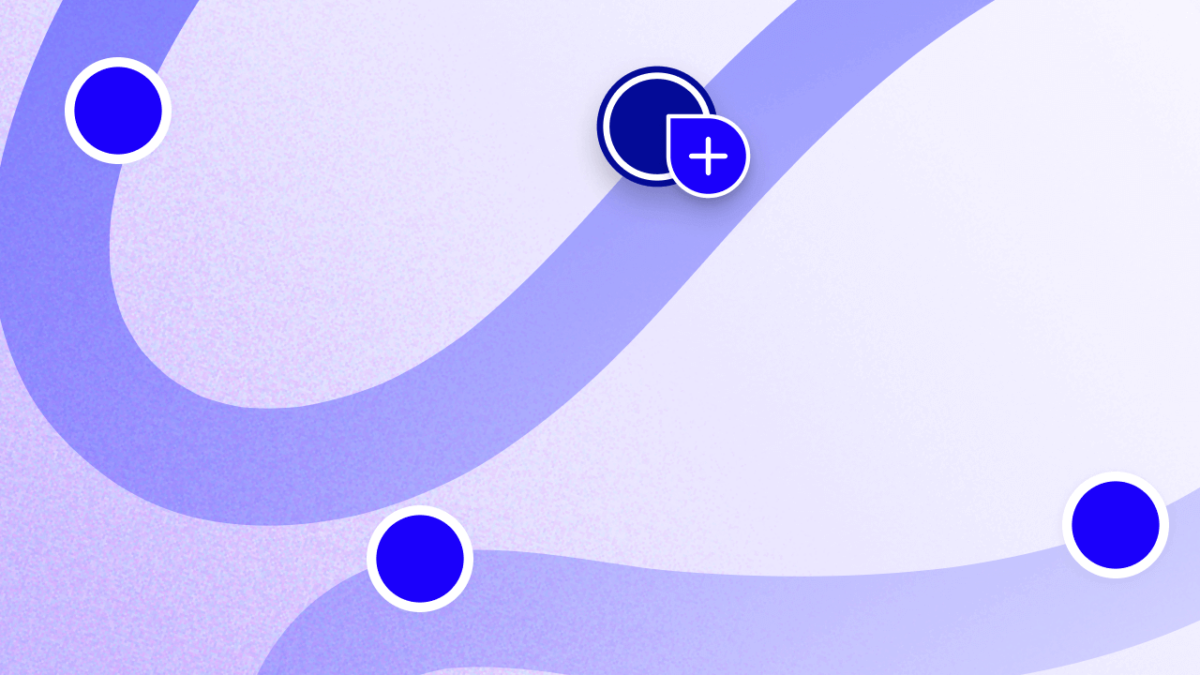 MarkUp.io is on a roll.

We’re more than halfway through 2022 and by now, you’ve probably noticed some pretty dramatic changes on the platform.

From the release of Video MarkUps earlier this year to the addition of premiere features like Folders, our team has been hard at work improving MarkUp.io – and your feedback loops – in the process.

It’s not all self-congratulations here, though. We’ve got to give credit where it’s due. We wouldn’t have gotten this far without you – our community.

Before we get all teary-eyed, let’s take a look at some of the most recent bug fixes and other enhancements you’ll notice the next time you log on to MarkUp.io.

When you manage multiple Workspaces, finding the one you need might be a challenge. One simple but effective solution is to use custom avatars for each Workspace.

However, you might have noticed that after uploading a new image to use as your Workspace avatar, you weren’t able to fully zoom out. With the newest update, though, this is no longer an issue.

Give it a try now.

One of our top priorities is – and always will be – improving the reviewer experience. After all, we’re here to make your feedback process seamless, not add to your frustration. 😇

With this round of releases, our team tackled a problem that might have seemed small … until it happened to you. Multiple times in a row. 💀

If you’re amongst the few who experienced your cursor jumping back to the start of a comment while you were still composing said comment, you’ll be thrilled to know that this is now fixed.

A few of our users working with print spreads have pointed out that, in some cases, the colors would change when you upload a PDF to the MarkUp.io app. We’re happy to say that this issue is now fixed, and your original PDF CMYK colors will look the same in the preview.

In past MarkUp image projects (like Image and PDF MarkUps), the zoom level would automatically adjust to the content displayed. For people reviewing dozens of different-sized graphics, this was hardly a big deal. But for someone who is one page deep into a 50-page document where every page is the same size, readjusting the zoom level can get pretty old after a while.

We want document review to be as easy as possible for you. Now, when a user selects a zoom level in an image project, the view will stay consistent across pages and is stored in the session.

Here’s our Director of Product Greg DiNardo demonstrating the fix in a Loom:

Thanks to the community’s constructive feedback, we’ve greatly improved video quality so you can make contextual edits without being distracted by a loss of quality. At the same time, images are looking crisper on MarkUp.io and are being rendered at a much higher resolution than before.

Users can now upload 100GB of accepted file types a day, allowing you to markup more content and collaborate more easily on a day-to-day basis.

Please note that each MarkUp file you upload is still limited to 5GB per file. In the near future, we are planning to release an improvement that will allow even larger files to be uploaded.

Move pins after they’ve been placed on a MarkUp 📌

You’ve likely been here before: you leave a detailed comment on a MarkUp. After it’s been posted, you notice that the pin isn’t sitting in the right place. Maybe it’s blocking the element you wanted to call attention to. Maybe – if you’re working on a Website MarkUp – the site has changed, and now the pin needs to be moved.

In the past, you had to delete the pin and re-post it if you wanted to move it. But not anymore! Today, when you’re working on a website, image, or video in MarkUp.io, you can easily drag and drop pins to a new location once they’ve been posted.

Improving pinned commenting has been an ongoing conversation, both among the MarkUp.io team and users. To make your revision process easier, MarkUp.io’s latest updates prioritize something that’s been a bottleneck for users who juggle multiple rounds of revision — referring to specific comments.

In the past, it wasn’t always clear which comment a MarkUp.io pin was associated with. Stakeholders might ask a question in reference to a specific pin they left on a MarkUp, leaving the MarkUp.io user scrambling to find the comment they’re referring to. Obviously, this was a big problem for users who wanted to find a single comment in a sea of hundreds.

Further, comments in the sidebar could be overlooked because there was no clear visual cue to highlight the selected comment.

MarkUp.io is here to give you your time back, not contribute to another endless feedback loop.

Now, when you click an active or resolved pin in a MarkUp, the corresponding comment is highlighted in the sidebar. With this added visibility, you’ll be able to find and clarify comments much more quickly.

Once again, here’s our Director of Product Greg DiNardo demonstrating how this improved functionality looks on MarkUp.io:

When you find something online that you want to share with a friend or colleague, you probably just copy the URL directly from your browser and paste it into an email or message.

Maybe you even found yourself trying to do the same thing with MarkUp URLs. No judgment – we (well, Head of MarkUp.io, Daniel McGlade 👀) have been guilty of trying to send MarkUps via URL, something that wasn’t possible in MarkUp.io.

While users have always been able to invite collaborators to a MarkUp via the share link (or email), many of you pointed out that it’s much more intuitive to just copy the MarkUp URL from your browser, then share it.

With this updated functionality, you can copy and share a MarkUp URL with your collaborator, who will be taken directly to the MarkUp. If they are an unregistered user, once they interact with the MarkUp, they’ll be prompted to either sign up with their email address (which will allow them to keep better track of the feedback) or simply continue as a Guest user.

Here’s a snippet from another Loom the fabulous Greg DiNardo made that demonstrates how this new functionality looks from an unregistered guest’s point of view:

✨ One more thing: if you’re on one of our paid plans, the ability to manage the share link by disabling it also affects the MarkUp URL. So, if you disable the share link to a MarkUp, Guests with access via that link and/or the URL will no longer be able to use either option to access the project.

If you’ve spent hours searching through comments on MarkUp.io to find the ones that need your attention, you’ll be happy to know those days are over.  🙌 Until now, even when people were tagged in comments directly, they still had to search for those comments manually. This became incredibly time-consuming as the comment count and project complexity increased.

We don’t want to contribute to project delays that happen because you missed a MarkUp comment. Now, you can instantly find comments relevant to you by clicking Mentions in the brand-new filter feature, which you can find in the comment panel. This will instantly show you all comments that directly mention you, as well as any comments that include the @project tag.

You want to remove one of your Guest’s access to your MarkUps, but can’t remember how many projects they had access to.

In the past,  if you wanted to remove someone from all your projects at once, it wasn’t possible—you’d have to remove them from each MarkUp separately. Similarly, you didn’t have one place to see all the Guests who had access to MarkUps on your Workspace. This could be overwhelming for users with a lot of MarkUps and Guests to sort through!

You can now see a full list of Guests on the Team page, where we’ve separated users into two tabs: one for Members and one for Guests. In the Guest tab, you can see the name and email (if available) of any Guest associated with any MarkUp. From here, you can remove a Guest to remove access to your MarkUps.

In the pipeline: improved email notifications and workflow efficiency

We said we’re committed to improving the reviewer experience – and we meant it! Here’s a sneak peek of some exciting features that will do just that:

Hover to view comment: When viewing a comment in MarkUp.io, users currently have to find the pin on the MarkUp, then read the comment in the sidebar. But it can be hard to sort through comments when you have a lot of them! That’s why we are working on giving users the ability to hover over a comment and see it on the MarkUp canvas itself. This new feature will allow you to navigate your comments and feedback more quickly and efficiently without needing to rely on the left sidebar for the full context.

Improved, contextual email notifications: You’ve likely gotten a lot of email notifications from MarkUp.io … probably more than you needed (sorry 🙈). Our team is hard at work on updating our email notifications to give you visual context to understand what a comment might be referring to and that will take you directly to the comment itself. Further, you’ll have more options for tailoring the types of notifications you receive (as well as how often you get them).

Assignments. This feature is actively being worked on and our team is super stoked about it. Right now, there is no way to formally assign work to someone else in MarkUp.io. With the new assignments feature, users will be able to cut through the noise and easily find action items that need their attention. Stay tuned for more details on this new feature because it’s going to be a doozy!

That’s a wrap for this update!

Keep your ear to the ground for our next announcement (trust us, we’ve got big things planned for the rest of 2022).

In the meantime, try out our latest fixes by creating a new MarkUp. New to the platform? Snag your free 14-day trial here to give it a go.