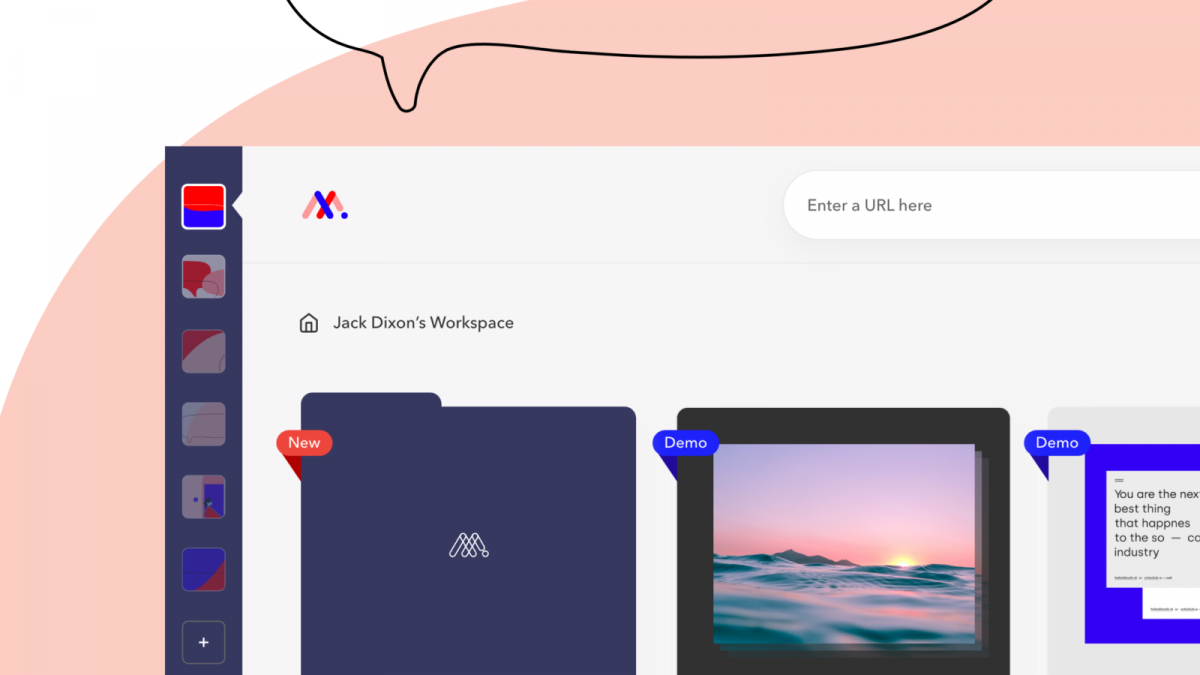 Editor’s note: This article was last updated on June 27, 2022 to reflect changes that have been made to Workspaces alongside the release of MarkUp.io user plans.

One of the things we believe deeply at MarkUp.io is making communication and collaboration effortless. When we started MarkUp.io, our main focus was on making sure that providing feedback on any website was incredibly seamless.

As we’ve grown in the last 18 months, so have the number of teams on MarkUp.io making the product an integral part of their workflow. There are now close to 3,000 teams inside the platform. And while we’ve continued to support our users with improved product performance, different use cases (like images and PDFs), and overall better UI/UX, we’ve still been missing something valuable: organization.

Admittedly, when we built MarkUp.io, we didn’t make team structure or projects as organizable as they should be. The focus wasn’t there because we didn’t want it to be at the time. We wanted the thing to work really, really well first. Then, later on, we could tackle how to best organize the thing.

While that decision is something we stand by, it didn’t come without headaches for you all. Keeping yourself organized is so important. It’s no wonder that many of you kept urging us to support your efforts to do so inside of MarkUp.io.

With that said, over the last 18 months, we’ve learned so much about how you all are using the product. Through countless intro calls, demos, and support tickets, we managed to compile those insights into our next big innovation: MarkUp Workspaces!

Soon, MarkUp.io will have a completely revamped look at how “accounts” work today. We realized that it could be much clearer as to who has access to your entire account vs. specific projects. We’ll be bringing that visibility to you now in a much cleaner, transparent way. And, we’ll soon be fulfilling another popular request: the ability to send bulk invites to guests and other reviewers.

Can guests be added to Workspaces?

Guest access will still work in exactly the same way. If you share a project with a user who joins as a guest, they can access that project via the invite link. It’s worth noting that we are also introducing a Reviewer Mode. This works in the exact same way if you share a MarkUp project with someone today who does sign up. Today, that project ends up living in that person’s account inside MarkUp.io.

With this new feature, that project will now live in your Workspace. However, the user will just see that project—not your entire workspace. This visibility now gives every user greater awareness of which projects belong to which Workspace. They’ll also know if they have full Workspace access or just project-level access.

Does this include Folders too?

We are extremely happy to say – YES. While Workspaces will be released before folders, we expect to have a folder structure in place later in the Summer. This new capability will be available with our Pro and Enterprise user plans (read more about them here).

Folders let you group all of your projects by folder, keeping things neat and well-maintained inside your Workspace. If you want to group folders together, we will also allow you to create folders of folders 🤯. You’ll be able to give users access to folders and, just like projects, you’ll have visibility into who has work in which folders. More to come on this front as we get into the Summer!

Is this a paid feature?

If I am being honest, internally, our team wrestled with the notion of how to bring about Workspaces. Would it be paid? Would certain parts of it be premium, like Folders?

In the end, we decided that Workspaces belong to the core MarkUp.io platform, but in different iterations based on our three user plans. Regardless, all MarkUp.io users will have one free Workspace per account.

We’re sticking by our mantra of making sure that the core experience of MarkUp.io is absolutely exceptional and we’re so excited to bring this to you all soon!